The Life of Jessie Beatrice Kitson 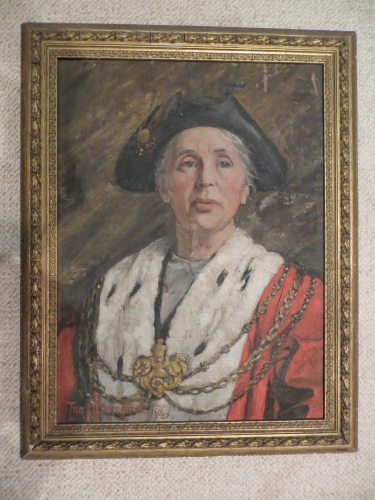 When I was a girl my aunt Cynthia would drag me into the back room of her house to see the portrait of my Aunt Bee dressed as Lord Mayor of Leeds. At the time, it meant little but then I went to live near Leeds in 1988 and the whole story began to fall into place. Now the portrait adorns my study wall - it was painted by her cousin, Ina Kitson Clark. Auntie Bee was my paternal great aunt. She was a formidable Victorian lady who was supposed to be a ‘delicate’ child and was not sent to school for this reason. However, she lived to be 91 years old and survived both her brother and sister by more than 20 years. She was born in 1876 and died in 1967 so she saw many changes in her lifetime. Beatrice Kitson was the fourth Mayor and third Lord Mayor of Leeds in her family. She was brought up at Elmet, the home of her grandfather who started a railway engineering company known as the Airedale Foundry with Charles Todd in 1835. In 1838 they were joined by Laird and built their first complete engine. 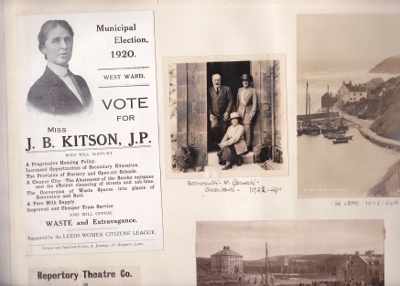 During the Second World War, Beatrice Kitson was elected Lord Mayor of Leeds (the first woman to be so) because the newly-elected man in the job fell down dead. She was well-known locally as a magistrate and Poor Law Guardian, in addition to many other charitable works. Auntie Bee was thus catapulted into a very prestigious position at a most interesting time and met many local and national dignitaries. She records how Beveridge, who started the NHS, visited Leeds and her numerous efforts to raise funds for the war effort. Beatrice’s personal life was equally fascinating and extraordinarily well-documented. She kept albums with every theatre programme and every railway ticket, of which there were many. With her friend Ethel Mallinson, a very accomplished artist, she cycled and travelled frequently both in England and Europe. Ethel recorded all their activities and travels with her sketches. When I knew Aunt Bee in the 1950s and ‘60s, she was living in Berkshire with her companion Miss Woodgate. Her hair was pulled back in a ‘bun’ and she wore lace up shoes. We were forced to eat nut cutlets since they were vegetarians – quite unusual at the time.