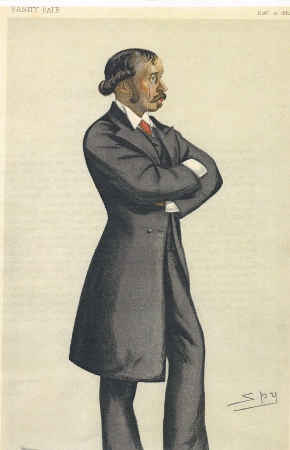 Seabury’s father was born in America but came to England as a boy with his widowed mother and brother. He studied at Oxford before becoming a Conservative MP, firstly for the rotten borough of Ely and subsequently for Eccleshall in Sheffield. He vehemently supported Disraeli, opposed Mr Gladstone and was known as a bit of a ‘jingoist’. His support for the Turks against the Russians and also for the people of Swaziland against their colonisers, the British, made him a bit of a laughing stock. In the 1890s he fell on hard times due to some unwise investments and died in 1902 at the early age of 52, leaving his widow and young family in straitened circumstances. Even when alive, he was seldom at home and, perhaps as a result, the children became rather wild. They were also fairly eccentric. 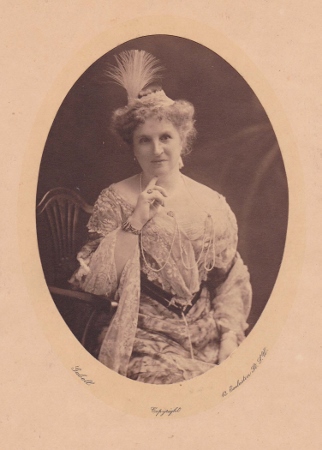 Seabury’s mother, Frances, came from the Republic of Ireland. She was seldom seen in society but probably had her hands full with eight children. The family lived at Eastbourne while their father was in town. Her great sadness in life was having to give up her Catholic faith because she married an MP. Our mother remembers her in old age when she loved a game of cards.

Seabury’s oldest brother, Ellis Ashmead-Bartlett, went on to become a well-known war correspondent during the First World War and his life has been described in Myth Maker: Ellis Ashmead-Bartlett, The Englishman Who Sparked Australia’s Gallipoli Legend by Fred and Elizabeth Brenchley. He shared the family propensity for amateur dramatics.

When he was 12 or 13 years old, Seabury went to Britannia Royal Naval College at Dartmouth instead of going to secondary school (see Naval Career).

Two of Seabury’s other brothers, George and Percy, fought in the First World War. George was killed at the Battle of the Somme in 1916 but Percy survived.