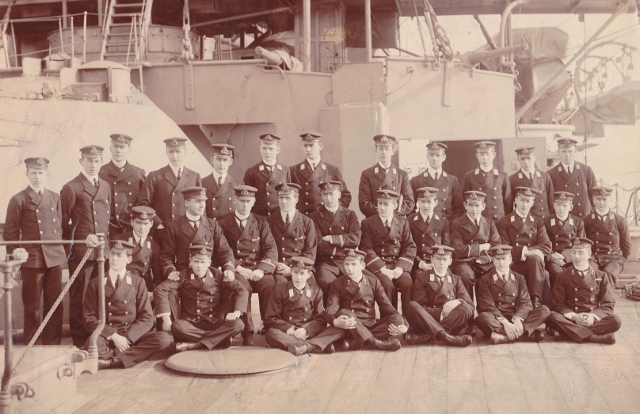 Seabury graduated from the Britannia Naval Academy in Dartmouth on 15 July 1903. At this time the cadets lived on two hulks moored on the River Dart, HMS Britannia and Hindostan. He was then enrolled as a Midshipman in the Royal Navy.  He is seen in the centre of the middle row with the rest of his cohort. 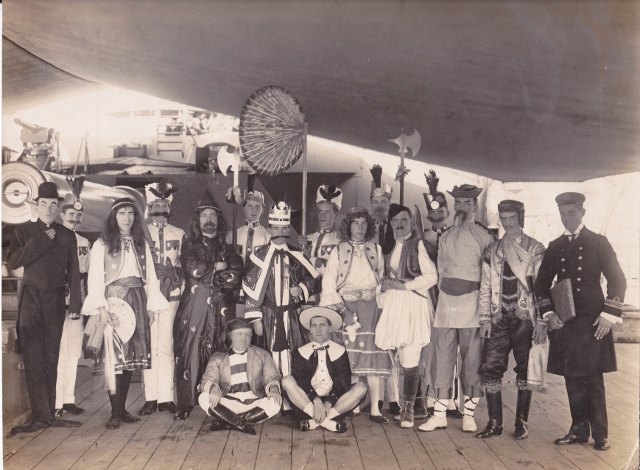 He served on three battleships, the first in the Channel Fleet and the other two in the Mediterranean. There was a lot of larking around and also amateur dramatics. He is standing in the centre of the back row holding the parasol in this production of The Mikado which took place at Malta. 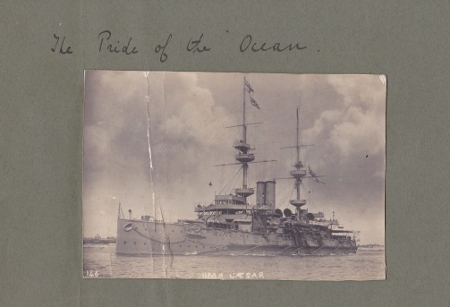 On 2nd February 1904 Seabury joined HMS Caesar, a 14,900 ton twin screw battleship, 1st Class, the flagship of the Channel Fleet under the command of Vice-Admiral Rt Hon. Lord Charles Beresford, KCB, KCVO. His pride in his first ship can be seen in the title from his scrapbook. 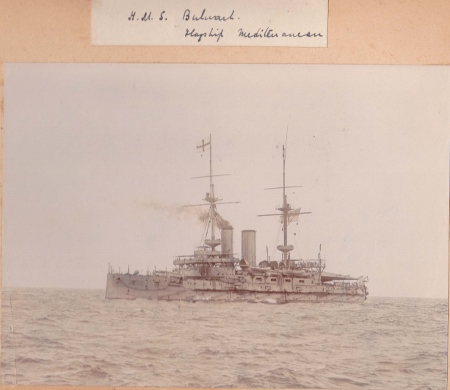 The following year on 3 January 1905 he was posted to HMS Bulwark, another battleship. This time it was the Mediterranean flagship under Admiral Rt. Hon. Lord Charles Beresford (Commander-in-Chief).

On 10 January 1906 his final posting was to HMS Venerable, by now the flagship in the Mediterranean and commanded by Rear-Admiral Francis C.B. Bridgeman, MVO. In 1907 he was invalided out of the Royal Navy with Malta fever, now more commonly known as brucellosis, which he caught from infected milk.